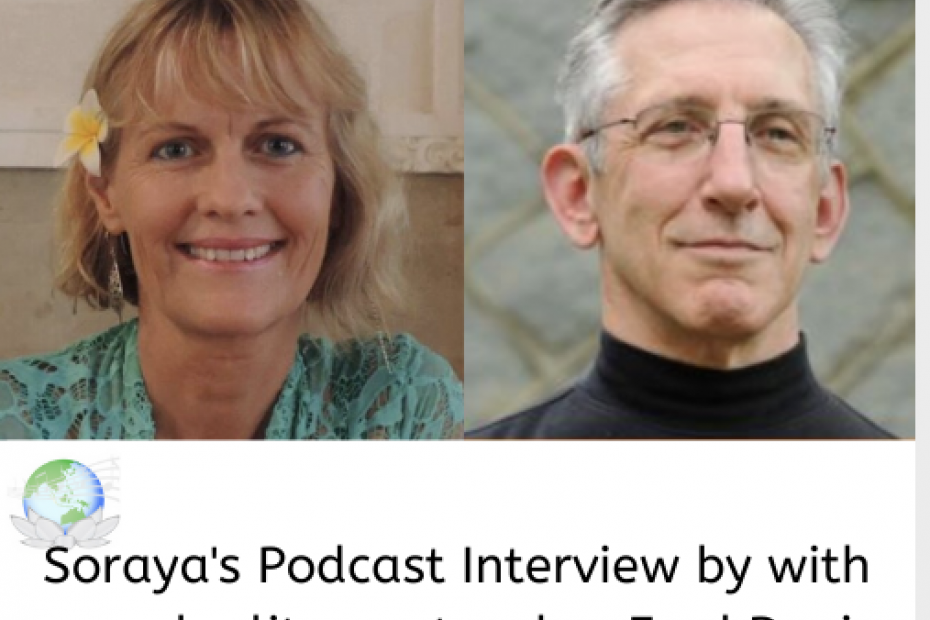 An interview with Fred Davis, a spiritual teacher of non-duality. Fred has developed The Living Method Of Awakening, a clear way of pointing to awake-ness. Scroll down for the engaging youtube video of this conversation.

Why an Un-Teacher of Nonduality?

Fred calls himself a Spiritual Un-teacher. And that’s exactly what’s needed to support the dropping of all the fixed patterns and limited perceptions that hold us stuck in separateness. We already know too much. Too much intellectual knowledge can become an impediment to awakening. It is time to let go and let God.

To experience nondual awareness or the freedom from a separate ego self, past concepts, patterns and beliefs about who we are need to be dropped. A process of deep intelligent self-inquiry can direct us to the truth. To experience  non-duality the claim to an individual separate self  has to be released. When the separate self is no longer running the show we experience freedom. Oneness means only one, one God, one consciousness, one awareness. Just one thing going on… and we are that.

A bit about Fred

Fred lives in the US in South Carolina. A hermit, He rarely travels but lives with his awake wife Betsy sharing his teaching online. His strong South Carolina accent, wakky sense of humour and unique way to speaking to truth may find you overlooking the amazing capacity Fred has to point to awake-ness.  But I assure you Fred shares from his heart very clear pointings.

I have known Fred and his wife Betsy for several years and they have both won a very special place in this heart. We have had many enlightening conversations over the years and share a non-dual awareness that is rare among friends.

The Blessing of Humour

Fred has a unique way of turning the most serious questions you’ll ever ask about the great mystery into a fun, playful and at times hilarious romp into non-duality. One thing that is certain when you hang out with Fred … you’re going to have a good laugh. Laughter is such a gift keeping life light, playful and joyful. After all, laughing at the great mystery reminds us not to take life personally… as in truth there is no separate character here to take it personally.

One student stated lovingly that Fred was more like a court jester that a spiritual teacher…but  I assure you Fred is the real deal.

On a serious note some of you may have recently seen The Looking Glass which is film by Terry Oldfield based on a brilliant piece of Fred Davis’s writing. Terry has put Fred’s words with wonderful visuals and added his brilliant musical flute improvisations. It is well worth watching.

Fred has written a number of books available both in word and as audibles. These books include such titles as Awaken Now: The Living Method of Spiritual Awakening, The Book of Undoing: Direct Pointing to Non-Dual Awareness and The Book of Unknowing: From Enlightenment to Embodiment, Beyond Recover: Nonduality and the Twelve Steps.

Check out more of Freds books on his website.

The philosophy discussed here lies at the truth of all great traditions. From Non-Duality, Advaita, Vedanta to Christian Mysticism, Sufism, Zen, the Yogic Vedas etc.

The healing mirror is designed to support self-inquiry and questioning necessary to discover the truth. The aim is to clear confusion so we may live on soul purpose knowing we are consciousness itself as I am presence. So as I am presence we may then become a vessel for the greater good.