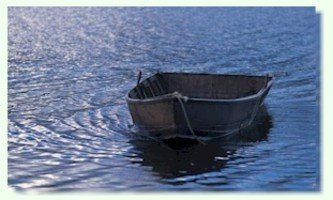 The yoga sutras begin with Yoga Chitta Vritti Nirodha. This is the best and most original definition of the Essence of Yoga and a foundation of Mindfulness. Translated as “Yoga is the cessation of the disturbances or modifications of the mind”.

Or Yoga is the stilling of the mind until it rests in a state of total and utter tranquility, so that one experiences life as it is: as Reality.

These mental disturbances are all our self-perpetuated thoughts, opinions and  judgements that disturb the mind. That create ripples or tsunami’s thus disturbing the quiet mind and throwing us into turmoil.

On the 1st of January 1982 after receiving initiation to Sannyasa under the Saraswati (Shankaracharya) Lineage. I was instructed that as such my life’s work would be to become ‘master of the mind’ through the practice of yoga.  A daunting task, but at 21, young and ambitious, I felt absolutely committed to the task. Little did I know what a journey would unfold.

Wikipedia defines Sannyasa as a form of asceticism, is marked by renunciation of material desires and prejudices, represented by a state of disinterest and detachment from material life, and has the purpose of spending one’s life in peaceful, love-inspired, simple spiritual life.

Not Minding What Happens

35 years later…Someone asked recently while leading an expedition in India, “How come you have so much energy? Pondering this question has prompted me to write this blog. My answer is simple – It’s by not minding what happens anymore, or going with the flow, or allowing thy will to be done.

If the mind is disturbed, there is awareness of a reaction or a ripple in the pond of perception. This does away with self-defensive behaviour. There is less need to defend a point of view, expectation or belief because of an understanding that everyone is where they need to be. Not minding what anyone else thinks is a relief. Put simply it means not taking things personally. This preserves an enormous amount of energy. And begs the question.. Who is this I that one seems compelled to defend anyway?

Defending a point of view

Anger, disappointment and other disturbing thoughts and emotions pass through at different times in our life. We have all argued a point and stubbornly defended a belief. When young I wanted to save the world and I believed I knew the way. Many knocks and bumps later came the understanding that the I  needs to be surrendered –  to what is. So let us look at how the mindfulness developed through authentic yoga practice can assist us in overcoming the vrittis of the mind (the disturbances or ripples) with a zen story.

Zen Story of the Empty Boat

A monk decides to meditate alone, away from his monastery. He takes his boat out to the middle of the lake, moors it there, closes his eyes and begins his meditation. After a few hours of undisturbed silence, he suddenly feels the bump of another boat colliding with his own. With his eyes still closed, he senses his anger rising, and by the time he opens his eyes, he is ready to scream at the boatman who dared disturb his meditation. But when he opens his eyes, he sees an empty boat that had probably got untethered and floated to the middle of the lake.

At that moment, the monk achieves self-realisation, and understands that the anger is within him; it merely needs the bump of an external object to provoke it out of him. From then on, whenever he comes across someone who irritates him or provokes him to anger, he reminds himself, “The other person is merely an empty boat. The Anger is within me.”

The Moral Of This Story

Watch out for the empty boats that remind us our emotions are our own to deal with – Learning the art of non-reactiveness is the key to happiness. All re-actions are teaching us about ourselves not others. Reactions are a wonderful opportunity to ‘know thyself’ and become master of the mind we all share. Letting go of the I-ness.

To become the stillness in the center of the cyclone, to become the ‘impartial witness’ …..  however it is not ‘I’ that is the witness it is the empty space that is the witness and the container of all things. Hopping off the looping mind train and staying on the platform of centerness and stillness is where we can reside. However there is NO-THING or nothing here and this emptiness can initially be terrifying. This is due to the attachemtn to our I-ness or I-dentity or to the seperate-self. That sneaking little ME keeps creeping in to claim the fame of the great mystery. Flowing as life itself is freedom. Reacting to life as a separate-self keeps us small, separate and stuck……….