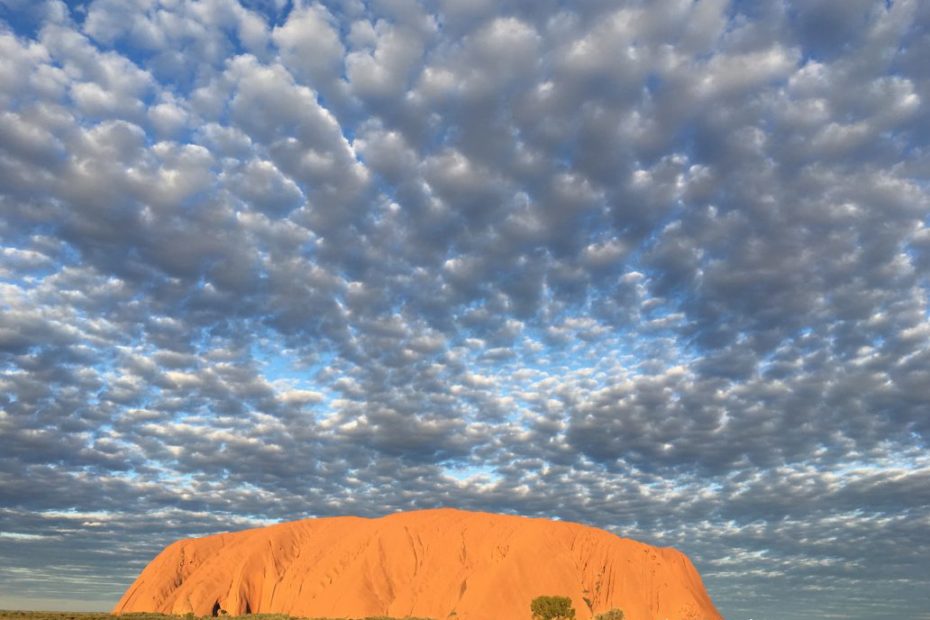 A Journey of the Heart

I would like to share a recent sacred journey into Australia’s heartland Uluru. Toward the end of writing my book, Shining Through – From Grief to Gratitude  I heard about a fundraiser for SPA, Suicide Prevention Australia. This entailed raising funds so indigenous community members could attend the National Suicide Conference in Canberra. It involved walking the Larapinta Dreaming Trail in the Northern Territory. My son had died by suicide and I was about to publish my memoir of that life-changing time. My heart leapt and I was onboard. Money raised, connections were made and I was in training as it was a long 5 day walk. As the time grew nearer to book my flights my heart called me to a new direction. To first ground my book in Australia’s Heart

Uluru (Ayers Rock) is a world heritage site and is considered by many the Heart Chakra of Australia lying in the Uluru Kata-Tjuta National Park, 450 km away from Alice Springs. My inner prompting called me to walk the book around this sacred giant rock, all 3.6 kms long and 1.9kms wide of her. I wanted to connect my book with the ancient energy of this, the heart of this great land of Australia. I was called to further walk it through the valley of the winds at Kata Tjuta (the olgas), where men’s dreaming and medicine is powerful. To walk it for my brother and my son Prem whom I dedicated the book to. My heart leapt as I saw the giant red rock from my flight seat.

The next morning I planned to circle Uluru’s wide base walking the 10 km with my book Shining Through in my backpack, but I couldn’t resist heading off in my newly acquired hire car to glimpse her at sunset soon after arrival. Frankly, I was not prepared for the deep emotions this sacred place immediately evoked in me as I approached. Driving into the National Park I felt a sense of  honour to be in this country. I became transfixed by the deep red landscape dotted with straight trunked desert oaks, which reminded me of the truffle trees in Dr. Seuss’s children’s book The Lorax. I was also delighted to see the many coloured wildflowers dotted across the land from the recent rains including bright yellow wattle and grevillea and the soft pink and white mulla mulla. Even the spiky spinifex grass was flowering, with long soft grass heads. Strong emotions arose as I drove closer and the rock grew larger on the horizon. Gratitude and Joy welled up in my heart and then overflowed as tears flowing down my cheeks. This land is sacred to the local indigenous people but it is clearly sacred land for us all. Watching the sun light up the rock like a bright red beacon of hope and history was nothing short of magnificent.

In the morning I arose early and was the first car into the park. It was surprisingly cold, as I drove through the silent still dark landscape to the sunrise viewing area. The moon was growing but I still needed my torch to follow the long winding track from the carpark. The desert sky still filled was studded with bright stars. The southern cross, pleiades or seven sisters and scorpio among those I recognised. As the light began to grow many other people and visitors arrived to watch the rising sun, breaking the silence of the desert quiet. Later, after a big breakfast I filled my water bottles and headed back to the rock, the morning now warming from the risen sun. I decided to walk clockwise around the rock and take my time stopping at sacred places to drink in the energy.

As I began my walk I was moved to tears of joy, of grief and of awe for this sacred place. The landscape was surprisingly lush with pockets of bright wild flowers appearing magically out of the red iron rich earth. The area has been lovingly managed to keep it as pristine as possible. Along the trail sign posts share indigenous stories and mark sacred areas. There are some sites dedicated to sacred women’s business and others for sacred men’s business. In one such cave the young boys would sit and watch the men hunt so as to learn their skills, the roof of this low cave is blackened from years of fires. In another part of the cave there are ancient wall paintings still visible against the red rock. I felt a deep connection to this land and each step was precious. I took my time, stopping to sit in some places drinking in the peaceful environment. There were groups passing by with guides, however this was a journey I had chosen to do alone and I took my time.

End of A 7 Year Cycle

2016 marks the end of another 7 year cycle in my life. It was 7 years ago (on Sept 10) that Prem left and my life changed forever. It has taken these 7 years for my book to manifest. I would write a little then it would go in the bag under my desk, only to be pulled out months later when another chapter would emerge. The book has had it’s own life and now it is complete, finally being birthed in print just days before I flew here. Here in the heart of Australia it will be baptised by the red earth of this ancient land and take a life of its own. This part of my journey, this self-inquiry and sharing of my journeying with grief is complete. I give it out to those who may benefit from its reading. I have fulfilled the promise I made to my son Prem on his deathbed, that I would tell his/our story.

I spent five precious hours walking softly around this sacred rock. I met a few interesting people on the way but dropped back to walk on alone or pause in a sacred place. The faces of Uluru change with the light expressing different moods and shades of colour and the plant life changes according to the sunlight and water available. The 2 waterholes near the base of the rock are serene, truly places for deep reflection. Kapi is the local name for water and the Kapi Mititjulu was the largest waterhole which sustained life here in ancient times for the local Anangu people. No-one was to swim in this water or foul it in any way as water holes were considered sacred, and life depended on them.

Before I left Uluru the clouds blew in, and at sunset Uluru showed me a different face. One that left me stunned and at one with the silence of the desert. Her shifting faces were as many as the emotions this land evoked in my own heart. I truly knew I was walking in beauty here.The next morning I planned to walk Kata-Tjuta or the Olgas which are is sacred area of indigenous men’s business and healing to see what secrets and energies those great domes of red rock will share…. in my next blog…….

To purchase Shining Through – From Grief to Gratitude click here